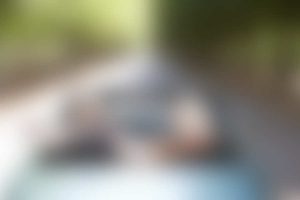 The memorial service will take place on Saturday, April 23, 2022 at 11:00am at the Damascus United Methodist Church, located at 9700 New Church St, Damascus, MD 20872.  For those unable to attend the service in-person, you can participate by viewing the live stream of the the service (please scroll up to see the video).

We are asking everyone to wear a mask and social distance.

On Tuesday, April 5, 2022, William Harvey Zeigler, fondly known by many as ‘BOTTS’, left this earth peacefully at his home in Damascus, MD at 102 years old. Harvey was born on March 4, 1920, in Damascus, to the late Ellsworth and Bertha Zeigler.

The sixth sibling of eight sisters and three brothers, Harvey was raised in a nurturing family, surrounded by a large, close knit extended family and friends in the Damascus community known as “Razor Blade”. The family and friends of Razor Blade attended a one room Elementary School House nestled in the Friendship community. In 1938, Harvey graduated from Lincoln High School in Rockville, MD. He was a lifetime member of Friendship United Methodist Church and devoted himself to all aspects of services to the church. He served as church trustee, an administrative board member, and youth advisor. However, his greatest satisfaction was mentoring the youth.

Harvey served in the army during World War II and after being honorably discharged, settled back in the Montgomery and Frederick County area where he continued to experience discrimination. Recognizing his passion for equality and fairness, Harvey became a community and civil rights activist and joined the NAACP. His accomplishments included striking down job discrimination, promoting the hiring of African Americans in government agencies, championing the inclusion of Black History in the curriculum of the Montgomery County Public School System and advocating integrating the Montgomery County Fire Department.

For his community service and activism, Harvey was recognized with a number of community awards. He was inducted as a member in the Montgomery County Human Rights Hall of Fame. He received the Montgomery County Lifetime Inez McAbee and William Harvey Zeigler Humanitarian Award; the African American Living Legend Award and was selected as a Visionary Elder of the National Visionary Leadership Program of Howard University which can be seen at the Library of Congress.

.In Harvey’s honor, District 14 approved a Bond Bill for $200,000 to establish the Damascus Heritage Society Museum. In 2004 Harvey and his sister Inez McAbee, and Warren Fleming founded the Damascus Connection Committee to continue the struggle to improve Civil Rights disparities.

Harvey truly cherished his 102 years relationships with his many friends and family in the Montgomery and Frederick County communities. He knew everybody and everybody knew him. On, March 4, celebrating his 102nd birthday, he received visits from friends and family and numerous telephone calls and cards.

Harvey, (BOTTS) will be deeply missed.

To send flowers to the family or plant a tree in memory of William, please visit Snowden Funeral Home’s floral store.

Honor and cherish the ones you love.  Celebrate each moment.